Skip to content
How To Get Franchise Leads In 2021

How To Get Franchise Leads In 2021 How To Generate Franchise Leads

Franchise lead generation is unique. It is easy to spend a lot of money on franchise brokers and lead generation with few results to show for it.  This is even more true in 2021, following a global pandemic that has rocked the franchising industry, especially the restaurant and gym franchise spaces.

Rather than blow thousands on leads and broker commissions, we recommend taking a second to think about what it is that you really want. In other words, begin with the end in mind.

Critical questions include: Where do I want my new franchise locations to be? Who is my ideal franchisee? How much am I willing to pay for a sale? How do I ensure that my franchisees are successful? And, why am I franchising as opposed to slowly growing corporate owned stores?

The more focused that you can be on identifying your target geographic locations and gain a better understanding of who you actually want to be franchisees within your system, the easier it will be to both enjoy the process of growth and provide a solid end product for both your franchisees and your end customers.

Once you are ready to start driving leads, understand that here are some common places that leads are generated: Existing Customers, Trade Shows, Online, Portals, and Brokers.

So, believe it or not, there is actually an order of operations to this process.

Existing customers are by far the cheapest way to generate new franchise leads and acquire new franchisees. A simple sign in your shop can go a long way. Also, if you have a customer name, email, or phone number list, you can easily upload that to Facebook and run a small campaign at $5-$10 / day going after that audience with relatively good results.

These days roughly half of all franchise sales originated online. That means that more and more, investors are starting their research online through search engines like Google and Bing as well as gaining awareness through social media platforms like Facebook and Instagram. If you advertise correctly online, you can drive great quality leads for around $30 a piece. This is what we do as an ad agency.

Franchise brokers are another way to generate franchise leads. It costs roughly $22,000 to sell a new franchisee via a broker network. But, if you can get the right network such as The Entrepreneur’s Source or FranServe selling for you with some internal champions, you can really ramp up your franchise units in a hurry.

Online portals drive a huge chunk of the leads in the franchising space. Some of the top portals include Franchise Gator, Franchise Direct, Entrepreneur, and America’s Best Franchises. The cost per lead on these also around $30, but the down side is that these leads are often sold 5-15 times, so sometimes it’s hard to get a hold of fresh, new leads that haven’t been contacted by others.

It is also important to remember that PR can go a long way in the franchising space. It can be expensive, but if you can get your name out there and in front of the right people, this can be a great way to go. Some firms within the franchising world that specialize in this include: Fishman PR, Anderson Group Public Relations, Konnect PR, Cadence 9, All Points PR, and Curious Jane.

Going to franchise related trade shows is one of the more traditional ways to acquire new franchisees. These can be expensive, but there are still a lot of people who go shows like IFA to learn more about various franchises.

We’d love to talk with you about your franchise development lead generation needs in more detail!

Welcome to this YouTube video. My name is Grant James from leadppc.com and today we’re going to talk about how to get franchise leads. I’m basically going to review an article and give some more commentary that I wrote about franchise development lead generation. First thing to know about generating franchise leads is that franchise leads are unique. They’re very different from other types of leads. Little background on us, we work with about 70 different franchise brands. We also do some other markets. We do about 100 different dental offices, about 10 law firms, some softwares and service companies, but we stay pretty specific. Part of the reason behind that is because each industry is different and franchising is very unique because you’re looking for an investor. The leads can be cheap, but you have to sit through a lot of them and so it’s not necessarily cheap to acquire a new franchisee period. I think if you buy leads through a broker, it’s probably $22,000 on average. Our average cost per sale ranges between about $4,000 up to around $14,000, depending on the franchise and how good they are at closing deals and stuff like that. It’s also important to note that within franchising there’s lots of different sub-niche markets.

You have a pest control franchise or you have a salon suite franchise or a frozen yogurt franchise or all these different types franchises because almost anything could be franchised. When you get into franchising, whatever mediums you try to drive leads from make sure you’re working with people that know what they’re talking about and don’t just do general marketing or general advertising because they don’t know franchising. It’s very different. Personally, I used to work for a franchise where I was a chief marketing officer years ago and several of my account managers came from the franchising space. We like to kind of keep things close to home there because it’s just if you don’t know franchising it’s hard to learn it. A couple critical questions to ask yourself when you’re thinking about generating leads, where do you want for your new locations to be? One thing that’s nice about franchise portals or paid advertising, whether it’s Google Ads, Facebook ads, things like that, is you can be very specific. But, also understand that if you get too specific then you lose out on opportunities and those leads can be more and more expensive, as you’re saying I only want someone who’s interested in like this five mile radius is very different from maybe a state or maybe a DMA, just like a city area, something like that.

You definitely don’t want to advertise in places that you can’t logistically implement a franchise. If you’re only east coast, then you can operate east coast. Don’t spend your money advertising in California or Arizona or something like that. Here are some common places that people drive leads. Again, this is pretty high level basic stuff, but some people don’t know it so wanted to touch on it. Existing customers are a great place. It’s not super scalable, but as you do grow more and more units, as you have 50 units instead of five units, you’re going to get more of that, so make sure you have a way for people to inquire. A lot of times that’s just grassroots stuff. It’s just having something on your website that says learn more about our franchise, or even like Papa John’s. If you’re ordering a pizza, they have so about that. They are just giving the opportunity for a customer, whether it’s something in their window or whatever, to think through that, the hey we’re looking for franchisees.

Trade shows, this is a pretty tried and true way, back in the day, that a lot of new franchises were sold. I would say this one is going down, being replaced more with online mediums. A ton of franchises, over half the franchises that are sold now, are sold from the internet, so that’s going to be Google Ads, Facebook ads, and portal. Those should be in your mix somewhere. If you go with a paid route or paid Google clicks or Facebook clicks, make sure you work with someone who knows how to drive leads for cheap. Regardless of what you do, you don’t want to be paying over like $50 or $60 a lead. Closer to $20 or $30 is even better. When you get into $300, $400 a lead, that’s not going to work because you’re going to need to close maybe half a percent to 4% of all your leads are going to close into a franchisee. That’s 1 out of 25 to 1 out of 200. So, make sure that you can account for that, because if it’s $200 a lead and it takes you 200 leads, it’s $40,000 and your franchise fee is $30,000, not going to work.

Franchise portals, I have another article here that lists a bunch of the top ones. It is called 24 franchise … Let’s see. Okay. Top 24 franchise lead generation sites. That’s going to be Franchise Gater, Franchise Direct, America’s Best Franchises, entrepreneur.com, BizBuySell, Franchising, GlobalBX, Franchise Grade. They all have their own different ways of operating. I did include some other groups that do more like what we do because we don’t have massive, massive sites, but we drive a lot. We’ve managed $6 million in ads for franchises, but we’re largely unknown. Some other groups, these are just some of our competitors or partners or what have you, but those are good to know about. Let’s see.

Lastly, franchise brokers could be a good way to go. That’s stuff like The Entrepreneur’s Source, FranServe, FranNet. There’s lots of different groups out there. Understand it’s going to be expensive, $20K plus, to get a franchisee, but if you find the right partner you can scale pretty good there too because when something is hot, franchise brokers like to sell it because they’re getting good commissions off of it. If you have any questions about franchise development lead generation, feel free to reach out, if you just want to talk or chat or whatever, love to hear some of your thoughts on things. Anyway, thanks for watching the video. Hopefully we’ll talk to you soon. 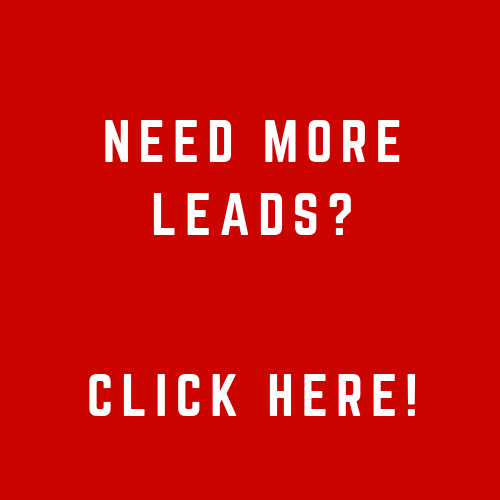