Google Ads (formerly known as Google AdWords) is one of the best, no-brainer soures for generating new patients online.  Let’s talk numbers so that you can get idea of what this looks like for your dental practice.

On average, you should expect to pay about $35 for a targeted new customer lead.  This is someone who goes on Google and types in something like “dentist near me”.  Depending on how good your sales staff is, you will probably end up booking about 20% of these people into new patients.  So, it will probably cost you about $175 to generate a new patient on Google.

Areas That Can Be Optimized

There are ways to decrease these costs, such as bidding lower on certain keywords, turning off lower performing ad groups, improving your landing pages, having a really good receptionist, etc.  But, back of the envelope, that’s about what you should expect to generate a new patient.

The great thing is, however, these new patients will refer more new patients.  And, Google is extremely consistent on the types of new customers that are generated.  So, once it is producing for you, it can continue to do so for years, if not decades to come.  And, you can easily drive more patients per month by increasing your budget and expanding the types of keywords that you are going after.

Be Careful With Match Types

Also, be careful with your match types.  Your keywords should look like this:

If you don’t have those types of brackets and things around your keywords, your ads are going to suffer horribly.  Just using the word dentist near me (or whatever the term is) is considered a broad match term.  So, Google can literally change out that term for anything that they want.  They could literally place your ad on “dental insurance agencies in south america” if they wanted to.

Interested in what you are reading but just want someone to take care of it so that you can focus on your practice?  No problem, feel free to reach out, and we’ll get you taken care of!

I’m going to go over an article that recently wrote called Google Ads for Dentists. It’s basically just tips for advertising on Google Ads or Google Adwords. So let’s kind of jump right into it. I know some people are more visual, audio type of learners than just readers, and so hopefully this video is helpful for you.

Let’s talk quickly about just Google Ads as a lead source. Google Ads is definitely the number one lead source if you are a dentist and you’re looking to drive more patients on the internet. And from that, Google Ads is going to be more successful for you probably than just organic content, although that can work as well. It just takes a really long time to build up, and you have to be really good at SEO, whereas Google Ads is a little easier to be successful with because most dental offices are really only going to advertise in about a 5 to 10 mile radius, and so while being a dentist is competitive, it’s not as competitive because you’re just competing with the people that are right around you as far as your geotargeting goes.

Just a little bit of background on us, we work with about a hundred different dental offices, and we drive about 5,000 leads a month. As far as benchmarks for performance goes, you should expect to pay about $35 for a lead. We average, for us, we’re, $35 a lead-ish on Google, kind of depending on the month, and then we’re about $15 per lead on Facebook, averaging about $25 a lead total. So kind of, depending on how good your staff is, you should expect to close about 20% of the calls that come in into patients, and probably costs you, it should cost under $200 to generate a new patient. So if you’re anywhere between like a hundred dollars to $200 you’re doing great, if you’re above that, it can be a little bit cost-prohibitive, and you’re probably paying a little bit too much.

There are some areas that can be optimized, so you can bid less on certain keywords. To be careful with this though, because sometimes a keyword like implants or dentists near me may be more expensive and more competitive, but a lot of times it’s going to yield you more than maybe teeth whitening or teeth cleaning. And then as far as consistency and scalability, one thing that’s great about Google is you can scale it. Most people are only going to spend about 500 to $1500 a month on their Google Ads. If you spend less than $500 a month, it’s hard to get that much traffic. If you spend over $1500 a month, you better really know what you’re doing because that can start to affect your bottom line. But you could spend several thousand dollars a month between Google Ads and Facebook Ads.

As far as negative keywords goes, this is really important. We see this with groups that are good paper click agencies, but they haven’t dealt much with dentistry. You want to add negative keywords for every single competitor that you have, and the names of all of your doctors.

The easiest way to do this is just going to be to have a negative keyword list and then apply that to any of your campaigns. And so you want to negative out the names of… So if you have Affordable Dental Care, if that’s a name of one of your competitors, then you want to put Affordable Dental Care, but you don’t want to separate it out. So it’s just like dental. You don’t want to have dental as a negative keyword or dentists as a negative keyword, but like Heartland Dentistry, something like that, you want to have a negative keyword for that. And then probably the last names or first and last names both, of any of those dentists, because a lot of times people, what happens is people, if you advertise on those words, it’s going to eat up a lot of your budget and you’re going to get cheap phone calls, but it’s going to be people trying to book appointments with their dentistry, which is not yours, and getting them to switch is highly unlikely in dentistry. People stick with who they’re with. So what we want to focus on is people that do not currently have a dentist or they’re unsatisfied with their current dentist, or the dentist doesn’t provide that exact service.

Match types are really important. Never go after a keyword that’s just like, “Dentists near me,” just written like that, because Google can replace any one of those words for anything that it sees is as relevant, which is all their junk inventory a lot of the times, mixed with some okay stuff. A way to avoid this is to use exact match, which is in brackets, broad match modifiers which have plus signs in front of them, or phrase match was has quotes. Of these, the exact match stuff in brackets is going to be like if you were just to type that in, “Dentist near me.” It’s just that, nothing else but that. The plus signs mean you could say like, “Looking for near my home, a dentist for me.” It would have to contain all those different words in the query for it to show up, but they can be in any order. And then, “Dentist near me,” has to be just like that. “Top dentist near me, dentist near me that does orthodontics,” so as a phrase.

Match types of really important, very easy place to mess stuff up. Also double check your location targeting. The default for Google, if you just say, “Hey I want this radius around me,” or, “I want the zip code,” is that Google can still play your ads anywhere. Literally. And a lot of times, 10 or 20% of your traffic is going to be India and Afghanistan, because what Google is actually saying is in or about my location is the default, and you have to change that setting to in my location. So they literally, their IP address has to be in that location. The only thing it doesn’t account for is if someone is using a VPN, there’s not much that you can do there.

If you need help with your Google Ads, feel free to reach out. As far as budgetary stuff goes, usually for less than two grand a month, maybe $1500, maybe even a little bit less than that, including our management fees, your ad budget, and if you want to do Facebook as well, we can take care of you for that. If you don’t have a thousand to $1500, it’s hard for us to help you, but you still may be able to listen to these videos and come up with some stuff and test a couple of things on your own. Anyway, if you need help, feel free to reach out. You can reach out on our website, leadppc.com, give us a call, 833-LEAD-PPC, go to our contact form, or live chat us. Thanks. 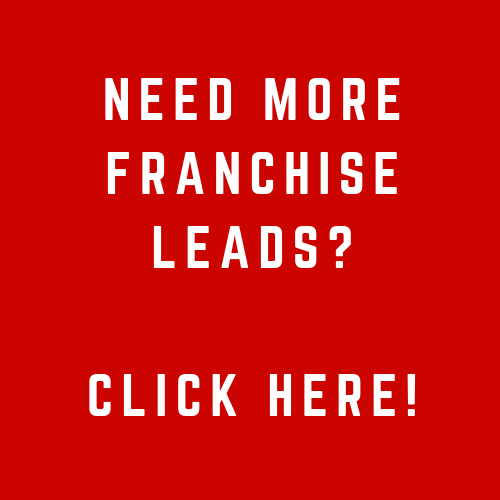